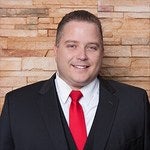 David Jacks was born and raised in Las Vegas and is a veteran of the United States Army. After the completion of his service in the military, David became a construction superintendent in Las Vegas during a major period of growth for the city. Following this, David went to college at the University of Nevada Las Vegas and became a law clerk for a local law firm. Once David earned his undergraduate degree in political science with a focus in public law, he entered law school with the aspiration to one day have his own legal practice.

Following law school in 2010, David passed the Nevada Bar Exam in 2011 and immediately opening up The Jacks Law Group, PLLC. For years, David has focused his law firm in litigation. Throughout the time he has spent in practice, David has represented thousands of clients all across Clark County. To the best of David's knowledge, David is also the only attorney in existence who is a graduate of The Trial Lawyer's College and also a graduate of the National Family Law Trial Institute. With the skills he learned at these prestigious programs, David represents clients for personal jury cases and also when they are getting divorced or have child custody issues.

David has been the recipient of more than twenty awards in the legal field. While David humbly accepted these awards, David focuses on the present by studying constantly to become a better attorney for his clients.

As an attorney, David embodies dedication, both to his clients and to the practice of law. He is committed to providing excellent legal representation and guidance to his clients as they navigate the complex legal system. Let his knowledge and experience work for you, contact his office today.

“An extremely talented and well respected attorney in the legal community, I wholeheartedly recommend him to anyone looking for a lawyer who knows the law and truly cares about protecting the rights of his clients and getting them the most favorable result possible.”

Thank you for contacting us. We will get back to you shortly.

Please complete all required fields below.

The Jacks Law Group is committed to answering your questions about Family and Personal Injury law issues in Henderson, NV.

We'll gladly discuss your case with you at your convenience. Contact us today to schedule an appointment.